As all MTG collectors know, the most expensive Magic the Gathering cards come from the elusive Alpha set with black borders released back in 1993 (read more about it here).

The card known as the Holy Grail to MTG collectors is Alpha set Black Lotus which, as you'll see in the list below, would hold the top 15 spots for the most expensive MTG cards sold on eBay, but that wouldn't make this list fun at all.

So thanks to the research database provided by PWCC Marketplace, I was able to find the Top 10 Most Expensive Cards sold on eBay since 2004. 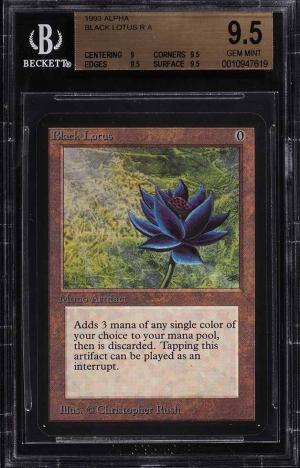 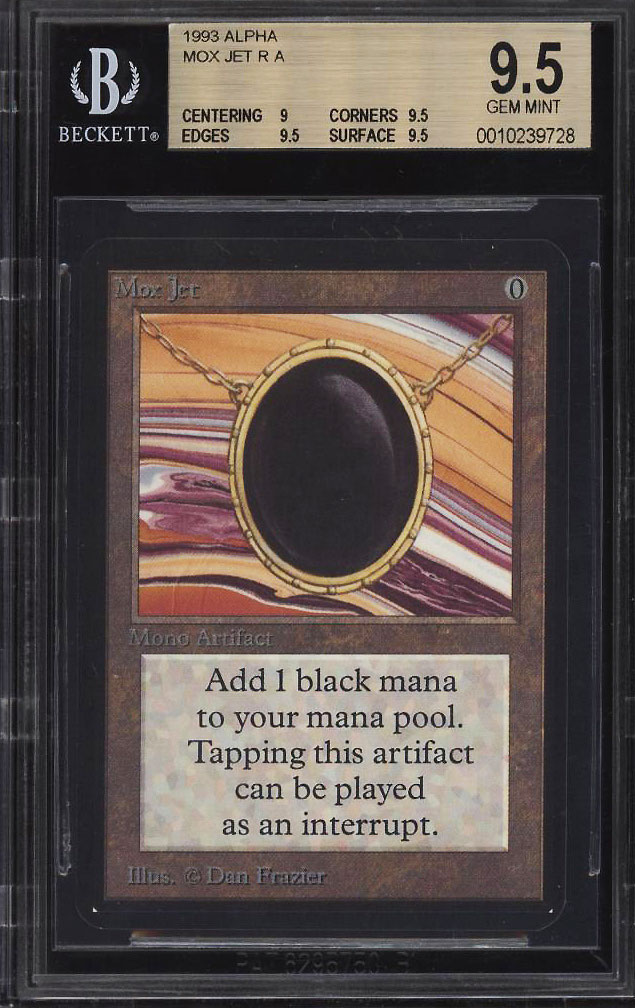 We moved the Beta set Black Lotus to the third spot mainly because it sold a  year after the Alpha Mox Jet card, but technically this should be tied for the 2nd most expensive MTG card sold on eBay.

Another Alpha Set card, this Birds of Paradise is very unique as it is the highest graded version of the card sold on eBay (BGS 9.5). The BGS 9.0 graded versions were selling for around $6,000 so that half-point grade really made this card valuable. 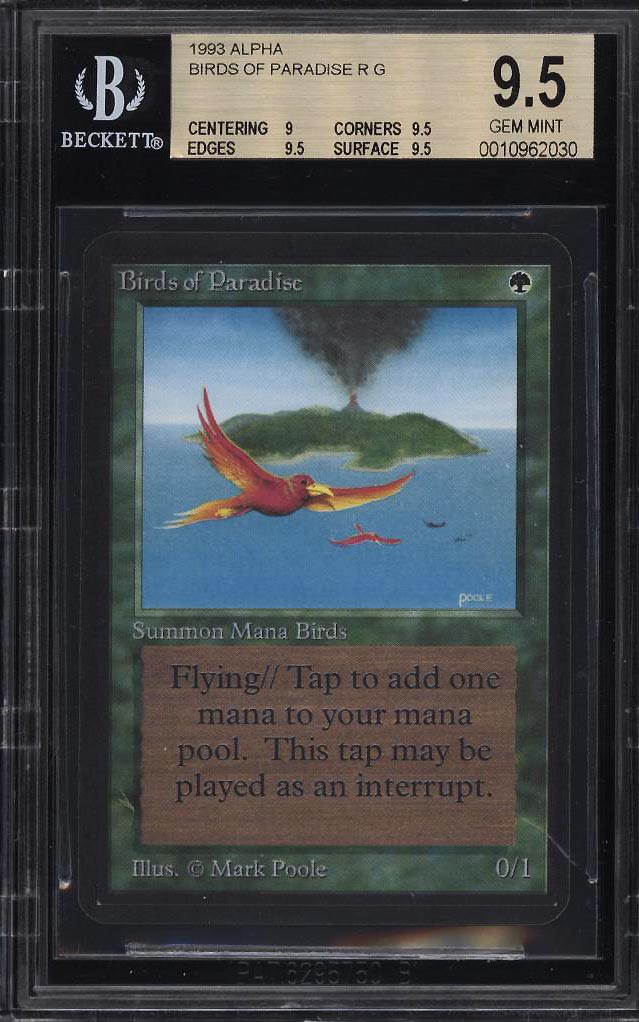 Since I don't know enough about the grading differences between BGS and PSA, which stood out to me about this sale was about 9 months later (March of 2020), a PSA 9 graded version of this card sold for $15,655.00. 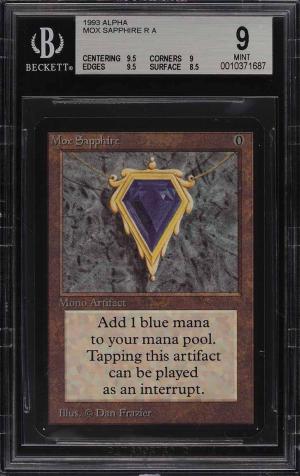 Two months after this sale was reported, another BGS 9.5 sold on eBay for only $20k. 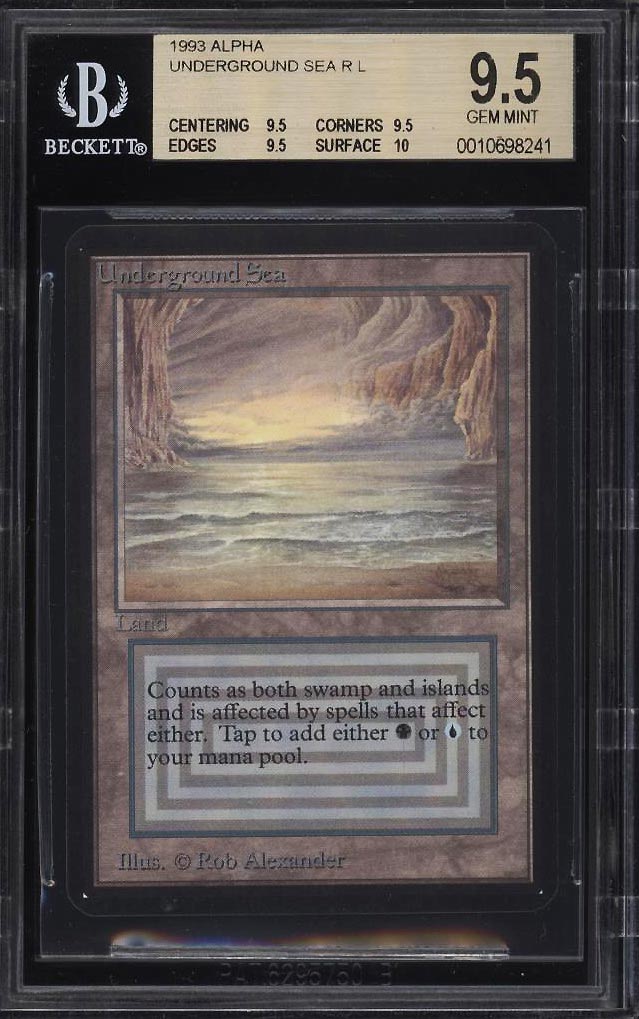 Going back to the whole BGS vs PSA question, one month after this BGS 9.5 sold for $35k, a PSA 10 GEM MINT version of the same card sold for $33,099.00. Does this mean BGS is more strict with their grading which in turn makes BGS graded cards more valuable? 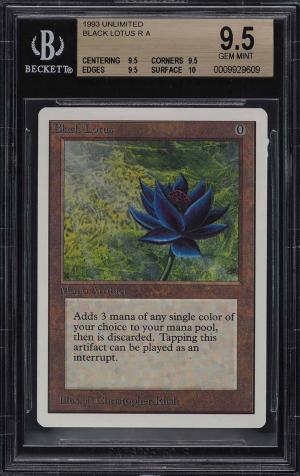 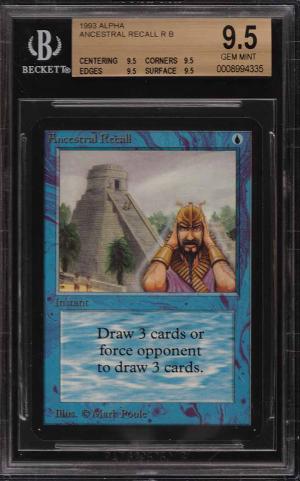 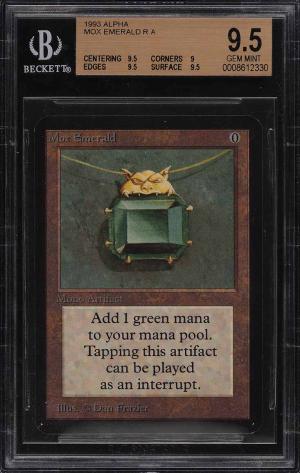 Out of the 16 sales that PWCC has in its database for the Alpha Timetwister, this is the only BGS 9.5 sold. 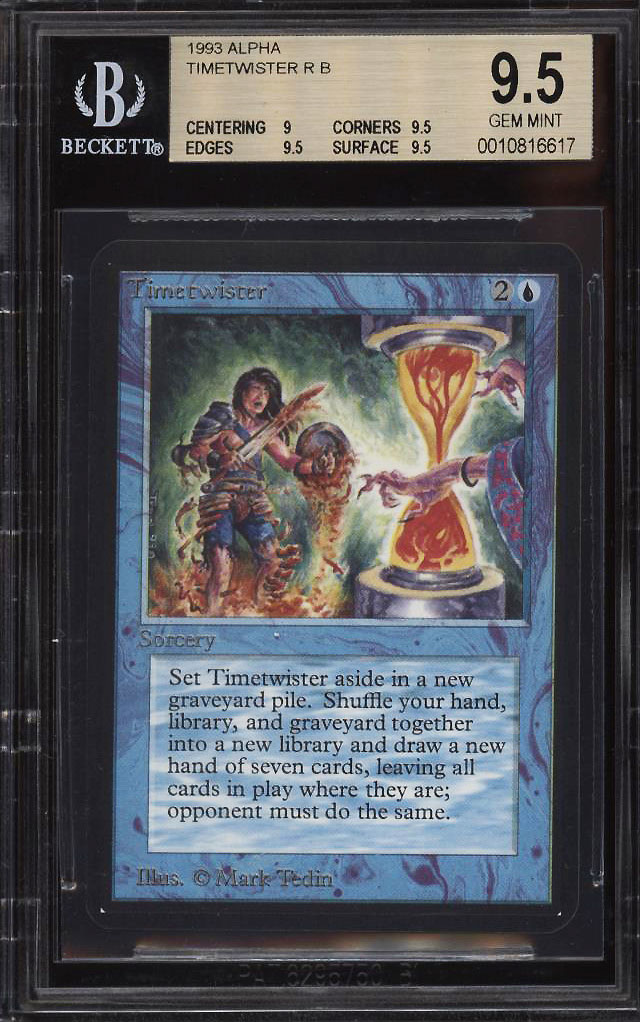 If you thought the MTG sales were slowing down well you would be wrong.

I also wanted to give another shoutout to the team over at PWCC Marketplace for their amazing eBay sales database. It has helped me out TONS in researching various cards to invest in.