These are the Most Expensive LEGO Sets in the World

LEGO has been releasing sets for over 71 years (their first set was in 1949) and, according to Brickset, they have produced over 17,000 sets during that time.

When I was researching the most expensive LEGO sets, I was amazed to find it wasn't the older set that were worth the most, rather sets produced in the past 5-10 years dominated the list.

I was confused but then read an article over at CNET, "Lego bricks outshine gold bars as investments, study finds", which mentioned Lego sets were "yielding an average return of about 11 percent from 1987 to 2015."

I know this isn't reaching the returns people are seeing with Bitcoin or Tesla, but that is pretty amazing to hear.

Below you'll find the most up to date list of the most expensive LEGO sets in the world:

A huge thank you to the team over at bricktoypriceguide.com for providing the most up to date Lego set worth data.

Also a shoutout to bricklink.com for providing the Lego product shots.

This set was released in 2015 and, according to some details over at BrickLink, "This set has been produced (and numbered) in 4 batches of 80. Each batch features a different photograph on the back of the printed sleeve of the box featuring the ~30 participants of that tour (there are four tours each year)" There isn't a lot of information on this Lego set other than it was produced in 2012 and has a total of 795 pieces. From the box photo it also looks to have 5 mini-figurines. Released in 2014, the Inside Tour (LIT) Exclusive Logoland Train kit has 520 parts and 7 mini-figurines. Another inside tour (LIT) exclusive, this one from 2005.

This looks to be the most expensive Logo mini-figurine on the market right now. It was given away at the 2013 New York Toy Fair and at a Times Square Star Wars promotional event. 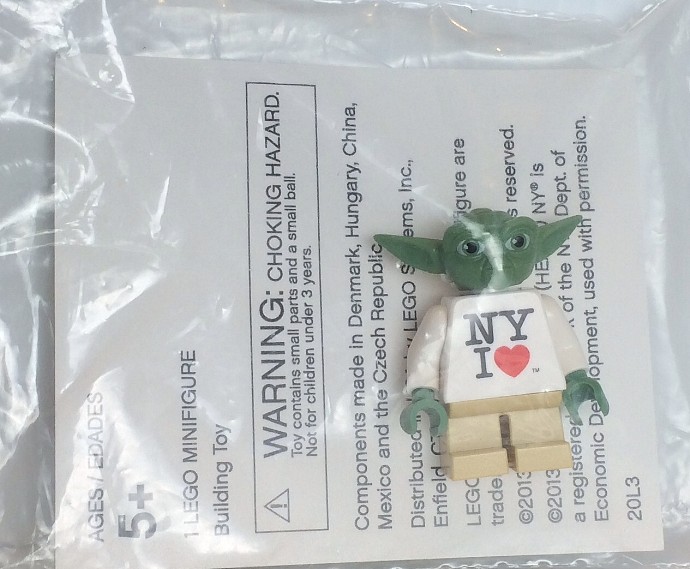 Released in 2000, this 2,882 part Lego set was produced in two versions: a color version for retail stores, and a black and white version that was only sold directly from the LEGO Company. Another Star Wars themed Lego Set rounds up the top 10 more expensive Lego Sets. This one is a 3,447 part set released in 2005.